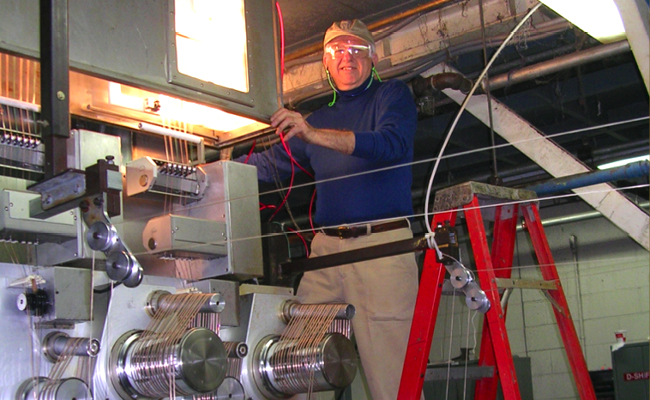 University of Georgia College of Engineering professor S. Edward Law has been elected a Fellow of the National Academy of Inventors.

NAI Fellows must be involved in creating or facilitating inventions that make a tangible impact on quality of life, economic development and welfare of society. Becoming an NAI Fellow is the highest professional distinction awarded solely to academic inventors. According to the organization, $3 trillion in revenue has been generated based on NAI Fellow discoveries. NAI Fellows’ research and entrepreneurship have resulted in more than 42,700 issued U.S. patents, 13,000 licensed technologies and 3,200 new companies—not to mention more than 1 million jobs created, according to NAI.

Law is a D.W. Brooks Distinguished Professor Emeritus in the College of Engineering and was elected to the National Academy of Engineering in 1996. He began researching the effect of static charges on chemicals, or electrostatics, at North Carolina State University under Henry Bowen in the 1960s. Inspired by Rachel Carson’s classic ecology book, “Silent Spring,” Law began studying how to apply an electrical charge to pesticide as it was sprayed on crops in order to reduce the amount of chemicals needed.

“I give major credit to Henry for the start of the idea,” Law said. “He was working on a way to reduce the impact of chemicals that were necessary but environmentally so harmful. After studying under him, I was fortunate to work with people like Ken Giles, Steve Cooper and Brett Therman, who all had a significant impact on electrostatics.”

Law’s research has led to better electrostatic spraying technology that has been applied in a wide range of functions because of its ability to make sprayed chemicals stick to things. Sprayer nozzles for tractors that make herbicide cling to plants and reduce runoff have been brought to market and used in the cotton industry. This technology has been also applied to sprayable paints, spray tan machines and a line of disinfecting sprayers that were essential in fighting the pandemic.

Law and 163 other new NAI Fellows will be inducted at the NAI Annual Meeting on June 13, 2022, in Phoenix, Arizona. Drew Hirshfeld, the Under Secretary of Commerce for Intellectual Property of the United States Patent and Trademark Office, will provide the keynote address at the event.

ROBOCROPS: Data science, technology and A.I. coalesce in the field of plant robotics